They love movies that will give a wonderful feel with the deepest emotional touch. Many wonderful love movies came in Telugu movies, which entertained the audience a lot earlier. While searching for the best Telugu love movies for couples, there are many choices in OTT platforms.

But the latest one from Natural Star Nani’s movie Ninnu Kori is the best one in the present trend. Ninnu Kori available exclusive OTT platform aha movies. Let’s check the story, performance of artists, review, and highlights, etc.

Uma alias Uma Maheshwar Rao (Nani) is a Vizag University student and good dancer also. Pallavi is a college student. Pallavi has a desire to learn dance. Pallavi joins Uma to learn the dance. The acquaintance between Uma and Pallavi turns into love.

At one time, Uma rents Pallavi’s penthouse over the house. This increases his familiarity with his father and uncle (Murali Sharma, Prithvi) of Pallavi. Then Uma becomes a member of Pallavi’s house. While everything is going well, Uma leaves Pallavi for a Ph.D.at Delhi University.

Meanwhile, Pallavi is getting married to Arun (AdhiPinishetty). Pallavi and Arun settle in America. Uma, who has completed his Ph.D., is also employed in the US, and he came to know that Pallavi has been married to someone.

At one point, Uma quits his job and becomes addicted to alcohol due to the loss of Pallavi in his life. Under these circumstances,Pallavi convinced Arun to bring Uma to their house for ten days to become Uma as normal.

Nani once again carried the entire film on his shoulder with his wonderful acting talent.  He impresses as a broken-hearted lover as he has the talent to adapt to any role. He showed his mark in comedy, punch lines, and emotional scenes. Nani did one hundred percent justice to Uma’s character. Especially his performance in the climax is top-notch.

AdhiPinishetty appeared in one of the vital roles as a responsible husband in the movie.  He easily adapted the role of the torn between emotions.

Niveda Thomas once again shines in a role with scope for acting. She was more impressed with the performance than the beauty. Niveda, who appeared in the role of Pallavi, got good marks.

The dialogues provided by Kona Venkat were an added attraction to the film. The cinematography provided by KarthikGhattamaneni is another positive aspect of the film.  He nicely screened the beauty of Vizag along with Foreign Location. Gopi Sunder music is too good to keep with the scenes.

The love scenes and emotional scenes between Nani and Nivetha Thomas are heart touching to everyone. The point which the director projected on the screen is wonderful. Nani, Niveda Thomas, AdhiPinishetty’s performance, and Direction are the main highlights in the film.

There are only a few Telugu movies for couples. The love story, family drama is becoming the successful formula for these movies. Ninu Kori belongs to the same.

Leaving a loved one and marrying another is the success formula for the movie makers.  Since then, there have been countless movies on the silver screen with the line of looking for a loved one. They have been successful in getting new treatments every time they appear again and again. There is a no different point in the film where there is a conflict between love and marriage in the same vein. The audience will thoroughly enjoy the movie, and it is another success in Nani’s career.

The movie will definitely entertain much to the audience, who likes feel-good love stories and Telugu movies.

Ninu Kori is currently streaming on Aha. Watch it today! 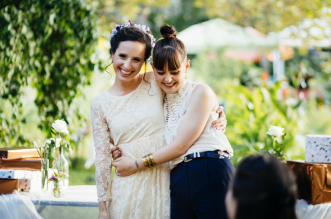 Master Tips to Follow To Have Product Photography Service on Budget

What’s happening behind the scenes on the sets of Mum Bhai?