Many TV stars often struggle for years to get their big break in the film industry. However, now, due to the emergence of OTT content, the actors have found a new medium to reach the masses. And at times, the success they mark due to their web appearances is greater than the dreamy big-screen debut. Similarly, actor Amika Shail has made it big in the OTT arena, starring in ALTBalaji’s popular saga Gandii Baat. And now, she’s all set to charm everyone with a new project, Hai Taubba season 3.

In a Barsaat wali raat, Lena karegi apne insecurities ki maat! Amika Shail will be seen portraying a complex character named Lena in the third season of Hai Taubba, titled Handicap, also starring Rutuparna Aishwarya in a pivotal role. Yes! ALTBalaji is all geared up to revive its popular anthology series Hai Taubba for a threequel. With four new episodes, the show will continue its trademark blend of intense storytelling and relevant themes. And one of the big highlights of Hai Taubba 3 is Amika Shail. The actor will be featuring in one of the segments of the show. And being an experienced star of the showbiz, Amika will surely leave the fans impressed yet again.

Since her childhood, Amika Shail has been a keen practitioner of Indian classical music. And her love for music helped her bag a place in one of the leading reality music shows. After this, she also did a playback project in a Bollywood film. With such a great beginning, there was nothing stopping Amika as she further explored her interest in acting.

After auditioning for several projects, Amika got her big break in the TV industry. As of now, she has featured in various daily soaps. Furthermore, the actor also entered the web arena and has featured in popular web shows, ALTBalaji’s Gandii Baat being her major feat.

With her TV projects, Amika Shail became a household name. After impressing the audience on the small screens, the actor made her Bollywood debut with a big-budgeted hit starring Akshay Kumar. She was paired opposite Tusshar Kapoor and despite a short screen time, she managed to leave her mark. Though the film opened to mixed reviews, it was a great experience for Amika featuring alongside bigwigs of the industry.

Making a return into the web arena, Amika Shail will be next seen in the third season of Hai Taubba. The actor will be featuring in the episode Handicap, essaying a mysterious yet charming character, Lena, who becomes an inspiration for a wheelchair-bound woman. In this segment, Amika’s on-screen persona will be laden with surprising traits. Talking about the story precisely, Lena brings out the change in our protagonist named Sapna as she helps the latter in the quest for self-discovery.

Ahead of the trailer release, the official Instagram handle of ALTBalaji shared a rather catchy collage poster, representing all the episodes of Hai Taubba chapter 3. “Sharam ko maaro goli, aur apne haq ki sajao doli! #HaiTaubba Chapter 3 trailer streaming today evening on #ALTBalaji”, read the caption. There’s no better way than this to tell us that Hai Taubba chapter 3 is going to be all about badass women breaking rules! The new third season of Hai Taubba is all set to premiere on 11th September.

The episode Handicap unfolds on a rainy night as two women dealing with tragic life stories meet unexpectedly and form a loving bond like no other. The segment essays their journey as they mirror their inner complexities and decide to start afresh. Sound exciting, Isn’t It?

The anthology drama follows their journey, fighting the societal taboos. With an ensemble cast and conceptual stories, get ready to witness another epic season of this anthology epic. Hai Taubba 3 will be streaming on 11th September, exclusively on ALTBalaji. 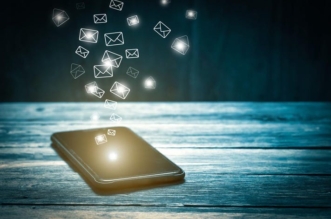